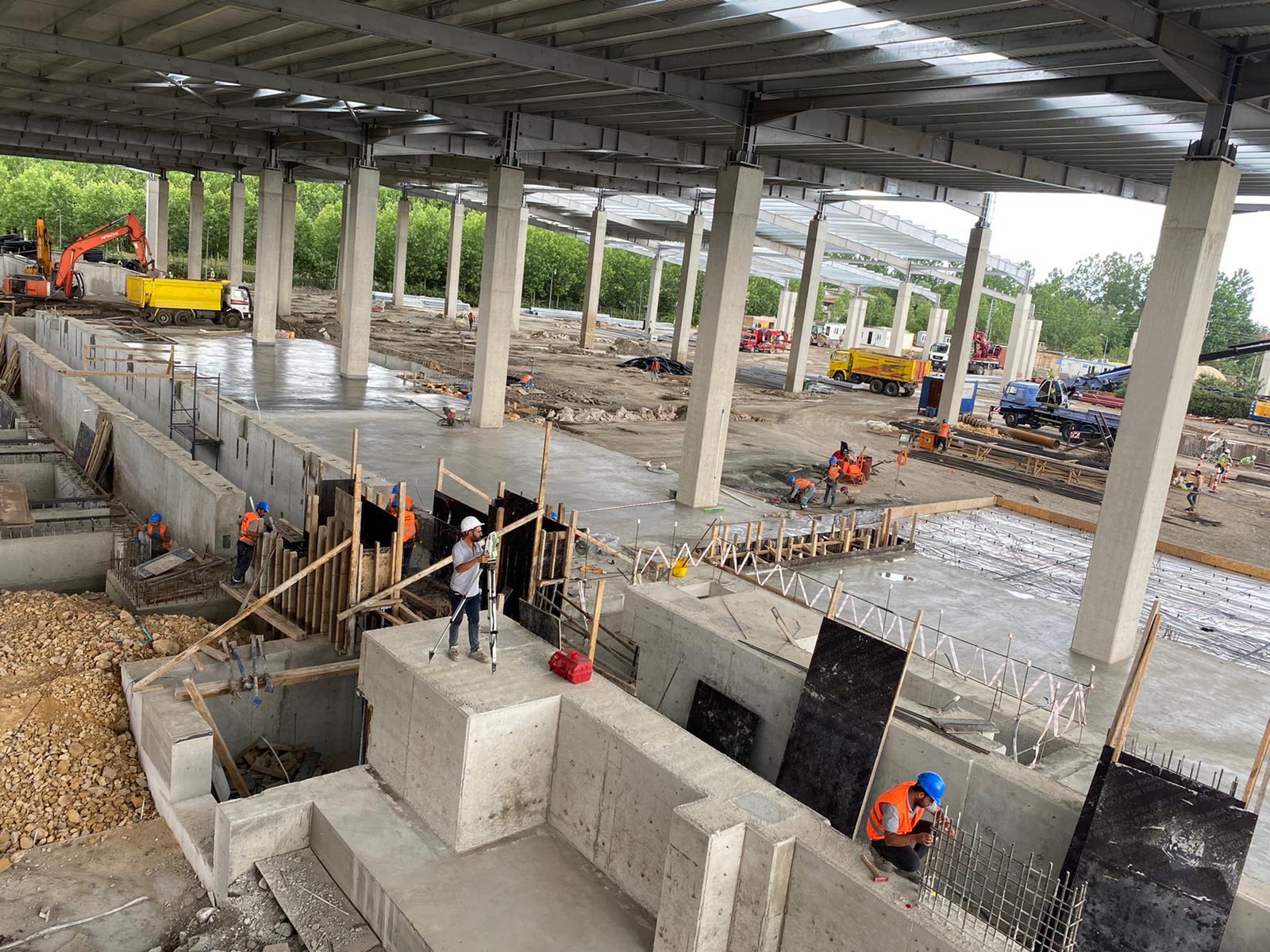 Krefeld, August 17, 2020 – New milestones in the long-standing and trusting business relationship
between Kastamonu Entegre and Siempelkamp: Assembly work on the new forming and press line
with the 7′-x-37.1-metre ninth-generation ContiRoll® for the production of particleboard in Samsun
started at the end of July. This leading – the No. 1 in Turkey, No. 4 in Europe and No. 7 in the world – producer of wood-based boards also placed an order in July for a modernisation package for its
Siempelkamp MDF line in Kastamonu City to be installed at the end of 2020.

These moves reaffirm the two companies’ strong partnership even during these difficult times caused by the restrictions imposed due to the Corona pandemic. The assembly work with startup scheduled for early 2021 means that the continuous forming and press line in Samsun – which is intended to replace the existing particleboard line at the Yontas location that was acquired in 2009 – is now entering its home straight. Pallmann, which is also one of Siempelkamp’s subsidiaries, will be supplying the knifering flakers – two MicroFlaker™ and two MacroFlaker systems as well as a knife-ring flaker for dry particle preparation at each location. An automatic setting and knife-ring grinding robot by Pallmann for automatically sharpening the blunt knives in the ring constitutes an additional part of the scope of delivery.

Kastamonu is also currently relying on Siempelkamp support at another of its six locations in Turkey – at Kastamonu City, capital of the province of the same name in the country’s north, where a package by Siempelkamp Logistics & Service GmbH (SLS) – another one of Siempelkamp’s subsidiaries – is being installed to modernise an MDF line that is operating with a 7′-x-55.3-metre ContiRoll®. The package includes a light board package that will enable the customer to produce so-called light MDF (L-MDF) with raw densities down to 500 kg/m³. The scope of delivery also includes the Sico Master Gauge – a new type of measuring frame that is installed on the foundation and encloses the ContiRoll®’s two hot platens in the calibration area at the control system. The main benefit that this new frame offers is the simultaneous measurement of the upper and lower hot platen positions independent of the effects caused by any mechanical expansion within the frame.

The ContiRoll® press’ calibration area is also being equipped with an additional cylinder track, which is to be combined with a track control for individual cylinders. The additional cylinder track is being fitted in order to further minimise raw board tolerances and to further reduce the sand-off in raw board production. The modernisation work will be generating considerable added value for Kastamonu Entegre because it will be enabling this manufacturer of wood-based boards to significantly expand its range of products and reduce both its raw material costs and raw material input while developing greater potential for itself on the market.

Kastamonu Entegre currently operates eight Siempelkamp plants using continuous press technology in Turkey, Russia and Italy – the close links with Siempelkamp already started in 1969 with a belt-tray plant for particleboard production in Kastamonu City. The two current projects underline the innovative power that the business relationship continues to generate even in these challenging times. GIM Export

will again be involved through the provision of its financing support as a tried-and-tested partner and
Siempelkamp’s link to the market in Turkey. Twenty-nine new plants have been realised to date –
including the current project – during the more than 25-year cooperation between Siempelkamp and Michael P. Krocker / GIM Export.

“It is particularly at this moment in time that we’re proud to support to Kastamonu Entegres’
entrepreneurial spirit and to contribute to its plans for the future by becoming involved in the two
different projects. We’re now looking forward to working with the Kastamonu team on location and to the successful startup of both projects,” say Ulrich Kaiser, Head of Sales Wood Division, Siempelkamp, and Dr Stephan Niggeschmidt, Managing Director at SLS. Caption: Construction