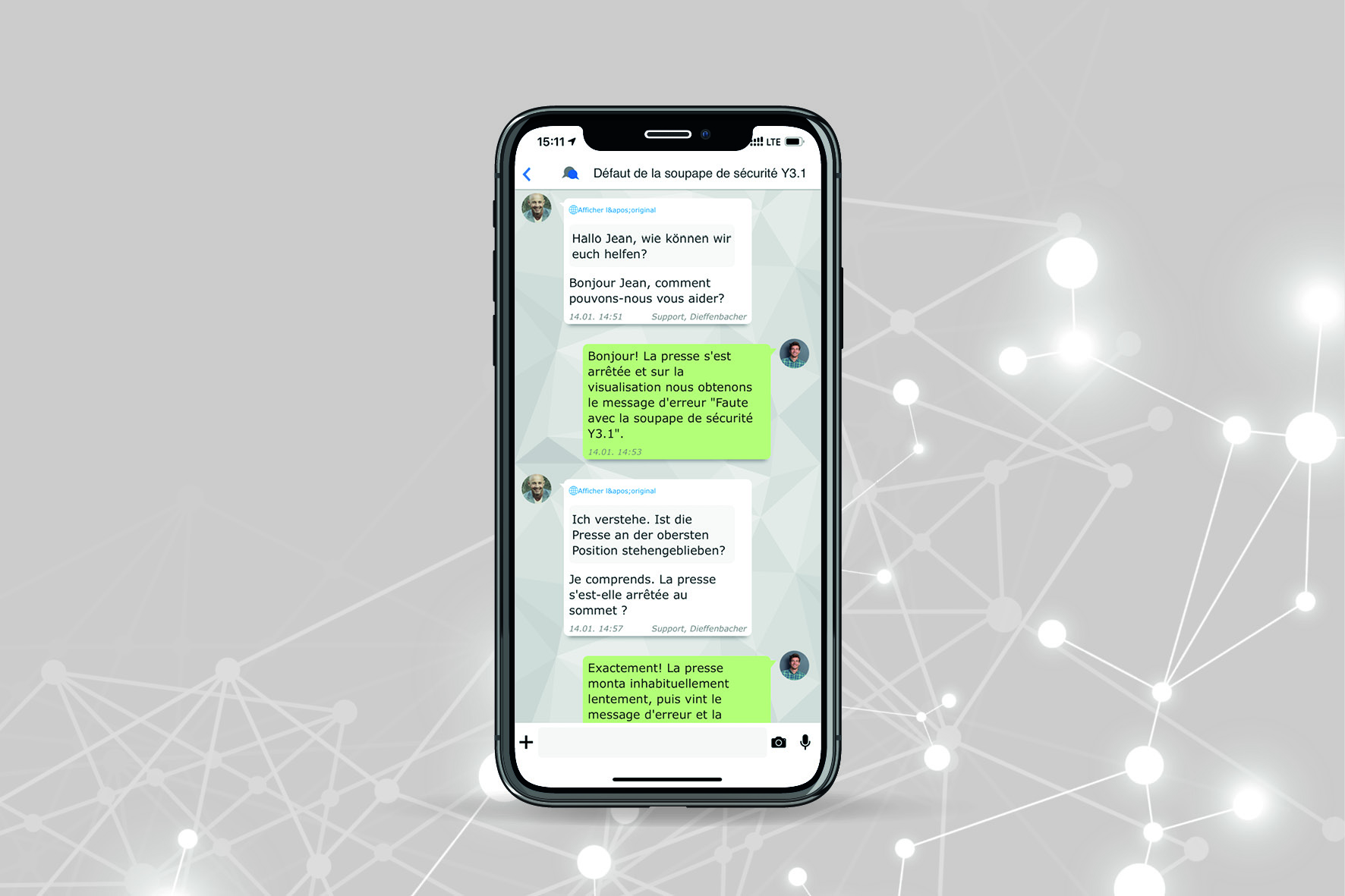 The result of the cooperation is DIEFFENBACHER’s MyMessenger, the perfect combination of ticket system and messaging application for smartphones, tablets and desktops. Service cases can be quickly processed and documented, with users communicating with each other in the same app. Pictures, videos and documents can be exchanged to facilitate documentation and understanding. Another advantage: Users write in their native language; the app takes care of the translation.

The proof of concept for MyMessenger was completed at the beginning of 2019. A DIEFFENBACHER customer tested the new app and contributed to its development. Customer feedback to the app’s introduction at the Ligna in May was consistently positive. “By the end of the year, MyMessenger was already in daily use by eight customers in wood-based panel and composites plants, and interest is still growing,” said Peter Martin, who leads DIEFFENBACHER Customer Service globally.

APPbyYOU specializes in intelligent digitalization solutions for medium-sized businesses. Thomas Teufel and Willi Pasternak founded the company in May 2012 in Balgheim, Baden-Württemberg, Germany. The mission of the company, which now has 12 employees, is to provide companies with a customizable messenger they can run in their own cloud. With the acquisition of shares, DIEFFENBACHER deepens its partnership with APPbyYOU. The two companies are currently developing additional smart solutions for the digital factory.